Since my wild camping trip to Beinn Eighe more than a month ago, I have not been out with the camera very much. My only effort involved walking up Allermuir in the Pentland hills in the dark, hoping to capture a fantastic sunrise over Edinburgh and East Lothian, only to be blown away on the ridge by 70mph gales. Needless to say I did not go home with any keepers. It’s not my lack of desire which was to blame, as I had really hoped to squeeze in another wild camping trip to the Highlands before the days were getting as short as they are now.

However, the weather gods sabotaged my noble plans, as wind, clouds, and rain meant that the photographic return on investment would be marginal, and I stayed put at home, with my sad face on of course. While hoping for better mountain weather, I decided to work on adding some more seascapes to my collection. A location I have been quite eager to photograph seascapes was Eyemouth, which is situated on a truly wonderful stretch of the Berwickshire coast in the Scottish Borders.. And as most other locations on the East coast near Edinburgh are not as great for sunrise as Eyemouth this time of year, I recently decided to give it a whirl. I had never been to the craggy rocky coast south of Eyemouth harbour, so this trip was not more than a glorified recce.

Below you can see the only two photographs I took (though to be fair, each is the result of manually blending three different exposures to balance the dark foreground with the brighter sky). The colours were wonderfully vivid before sunrise, and there was just enough cloud cover to add some punch to the sky. I will definitely return here, as there are plenty of crags, rocks, coves and ciffs which deserve exploring. And when I do, I will wear some grippier shoes than my wellies, as the lack of traction on the soles meant that I could not get to some nice vantage points. 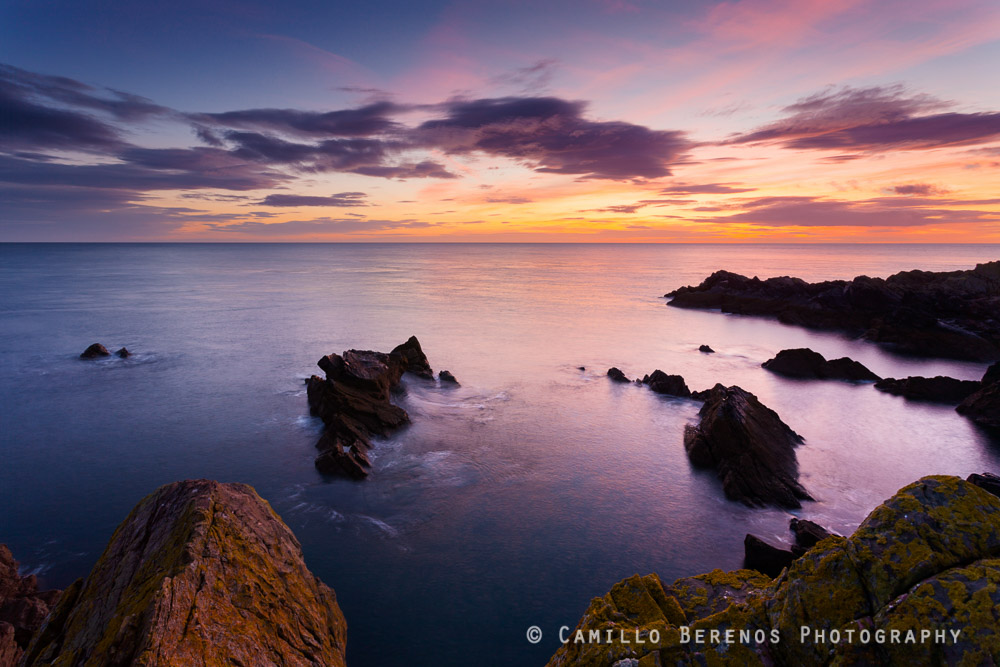 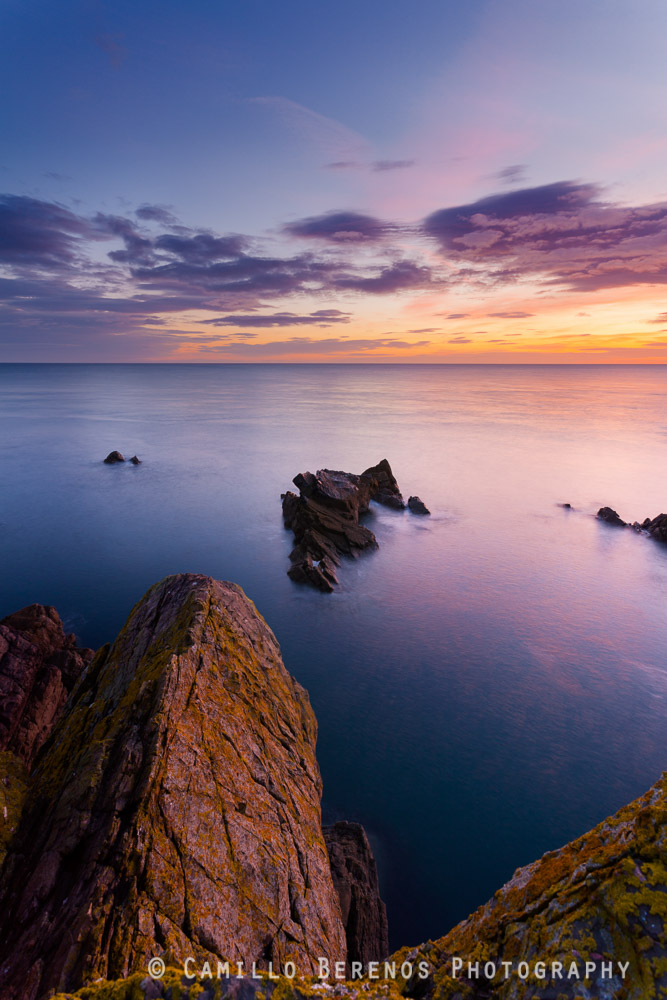