I have recently spent a week on Lewis and Harris, a beautiful island in the Outer Hebrides off the Scottish west coast. The main purpose was holiday rather than photography, and we had a great time as a family. We were even lucky with the weather, as it only rained for a few hours in total, which is a lot less than I anticipated, this being on the west coast. I managed to sneak out on a couple of evenings to shoot some seascapes, after we put our daughter to bed. Our cottage was ideally located, as there were some great locations within a 15 min drive. Though admittedly, sometimes quite some time was needed to walk up the cliffs and find the best spots. I have only been able to transfer half of my photographs to my computer, as my computer does not recognize my camera all of a sudden. I have ordered a new card reader, so in the meantime I’ll just have to be patient. Below are some of by least worst shots that made their way to my computer. I hope you enjoy them! 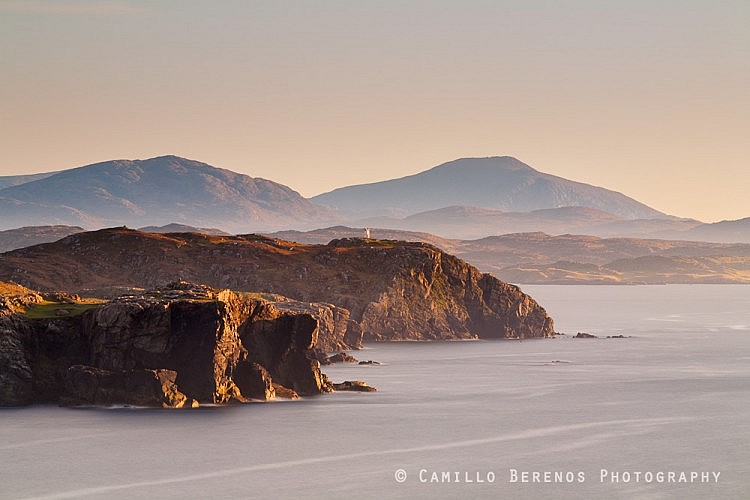 I am a sucker for long exposures from cliffs. The rugged coast in North-west Lewis, between Carloway and Siabost, is perfect to satisfy all my seascape desires. There is no shortage of cliffs, and often with sea stacks and rocks close to the cliffs which serve as great props in the foreground. 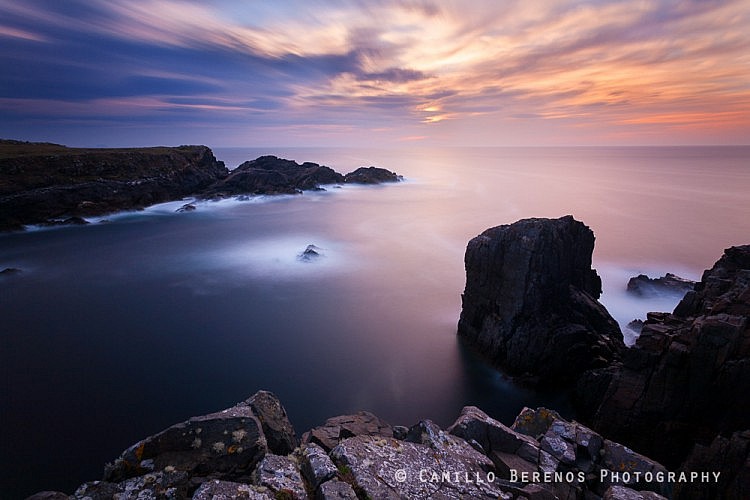 Sea stacks like in the photograph above, just beg to be used as a key element in a composition. While the cliffs were not very high, maybe only 15m or so, there is definitely a feeling of grandeur in this scene.

The photo below was taken from much higher cliffs, perhaps up to 80 meters. It was quite hard to find some foreground interest while including the setting sun. I was also hoping for some more cloud cover, but as Mick Jagger once said: “you can’t always get what you want”! 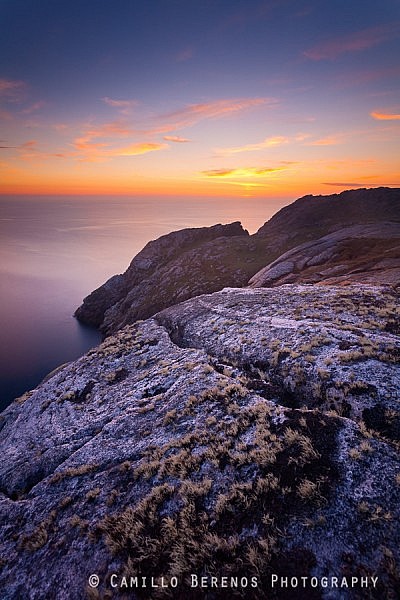 The sun set in the Atlantic ocean seen from the cliffs near Gearrannan.

Sunset on the west coast of the Isle of Lewis, near Dail Mor north of Callanish. No typical sun sinking into the Atlantic, but the clouds and haze led to some beautiful colours. I decided to stay on the cliffs, as the tide was too low to use the great rocks nearby to add foreground interest in the way I wanted. A surfer was sitting on his board somewhere in the bay. The swell looked quite nice, hope he had a great time, what a fantastic place to be. 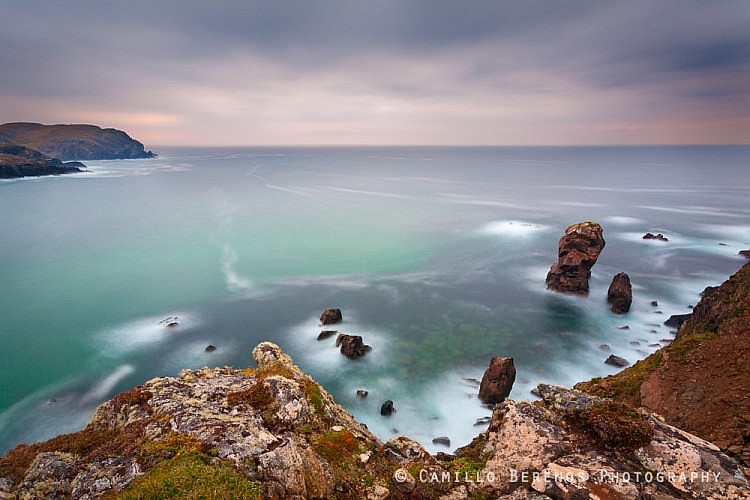 Cloudy sunset seen from the cliffs near Dal Mor.

In short, the Isle of Lewis, just like most of the Western Isles, is a fantastic place to shoot seascapes. I have barely scratched the surface of what is possible, and I definitely hope to be back at some point.