The lone tree is probably one of the most blatant cliches in landscape photography, but it’s a theme with which I have had very limited success. One of the most iconic lone trees in Scotland is the tree at Milarrochy Bay on the eastern shore of Loch Lomond, just north of Balmaha. I have previously come across the tree on several occasions when on a walk in the idyllic woodlands of the Loch Lomond and the Trossachs National park, and was indeed convinced that it is deserved its popularity.

However, I had never photographed it. Conditions were never matching my expectations, either due to the water level being too low, or due to the lack of clouds. I knew that a photograph of the tree would work best if the tree was (partly) submerged, and with decent cloud cover. Frankly, the tree had almost dropped off the radar, as I have been so pre-occupied with photographing the mountains in the Scottish Highlands.

However, when we recently got a decent amount of snowfall and I had some time available (but not enough to a full-blown mountain trip), I decided to drive to Milarrochy and hoped for the best. And I must admit, that conditions could not have been better for black and white long exposures. The weather forecast promised clouds, and for once they were right!  The clouds were perfect too, as there was tremendous variation in their shapes and the speed they were moving. I was also pleased that the water level was not too low. The lake extended just enough to wrap itself around the base of the tree.

Below are two photographs of the oak tree. 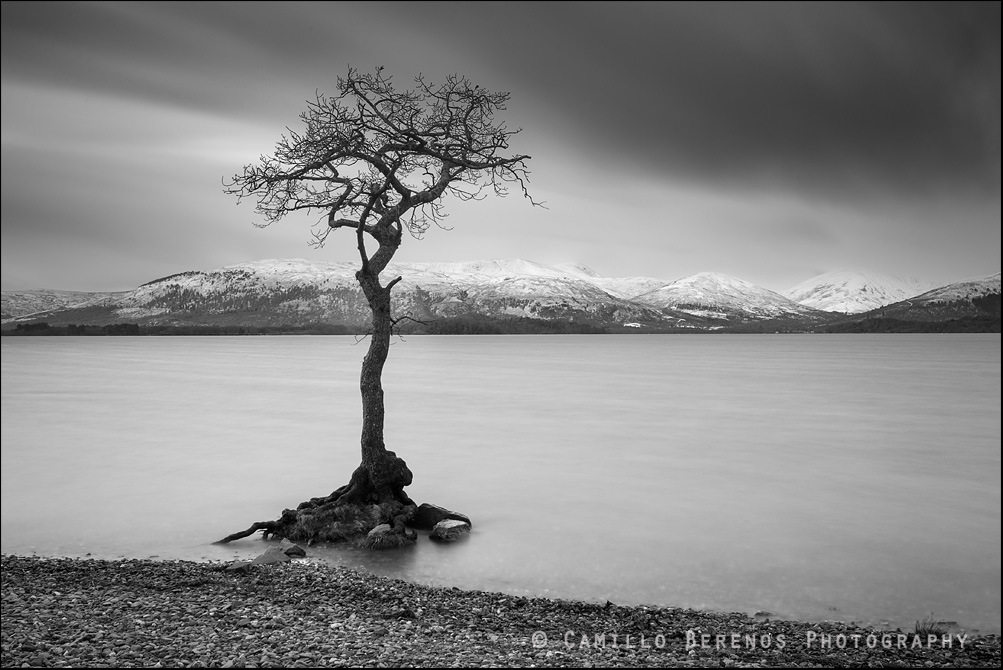 The singular tree on the Eastern side of Loch Lomond on a winter day. The fresh show on the hills across the loch add that extra touch of contrast to the image which I think it needed.

Next I tried a portrait composition. I am sure that some people will object against me placing the tree almost in the center of the frame, ignoring the rule-of-thirds. Yes, I did it on purpose. And in retrospect I should perhaps been even braver, placing the tree dead-center. 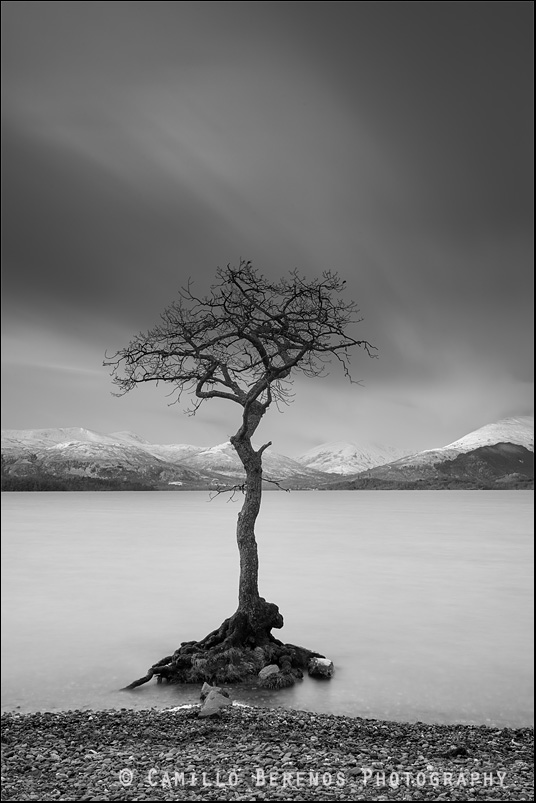 The tree at Milarrochy Bay.

After I was relatively content with the photographs of the tree, I walked a bit further down along the shore, covering a part of the West Highland Way. It did not take long until I spotted a bunch of trees further away from the  shore, which were submerged in much deeper water than the oak tree. 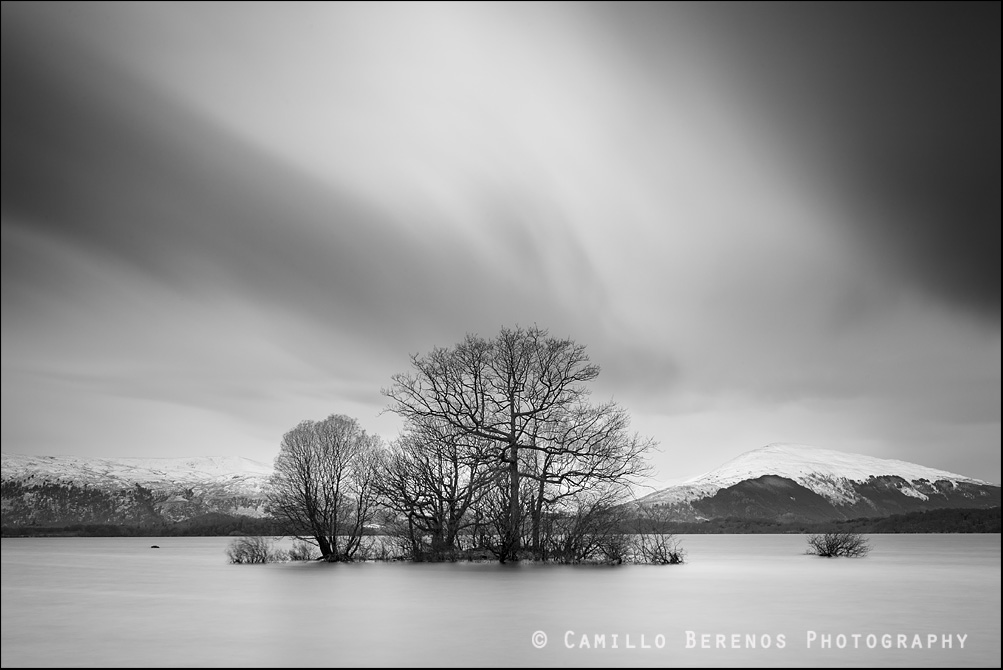 Submerged trees in a lake in Scotland on a cloudy winter day after some fresh snow has fallen on the hills.

Prints can be purchased here.