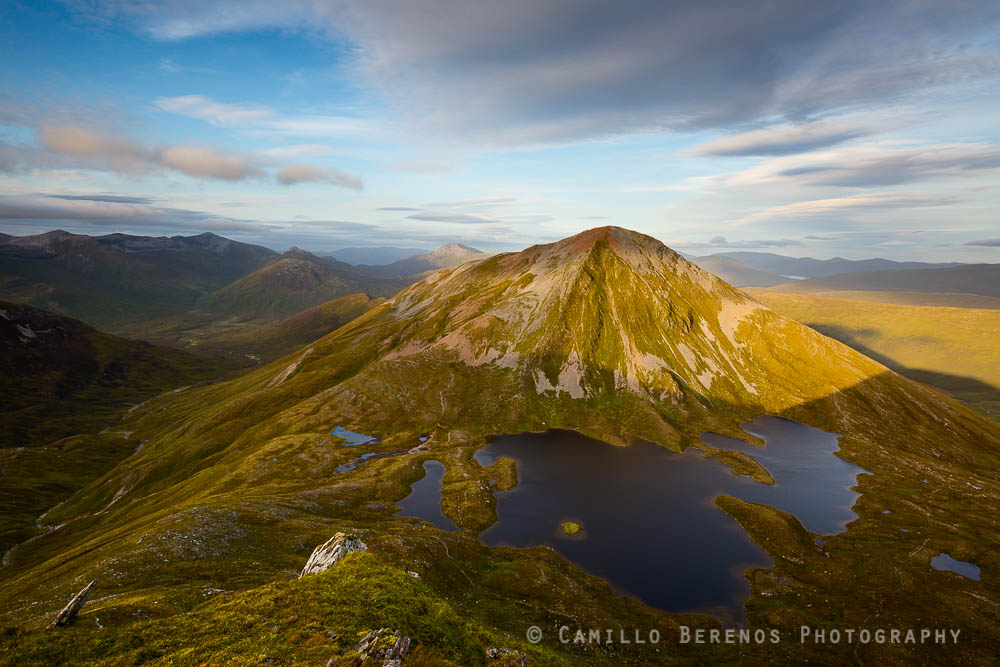 Glen Coe is home to some of the most spectacular scenery of the Scottish Highlands, and it’s not surprisingly that it features high on the list of everyone visiting Scotland. As such it is also heavily photographed, and some speak of the region with disdain. The truth is that there’s much beauty to be found, and away from the roads and laybys, there’s a lot of room for exploration and potential to be amazed. In this gallery you can find photographs of famed locations such as the Buachaille Etive Mor, the Aonach Eagach and Beinn a’ Chrulaiste, but I have also included some less frequented mountains in the Mamores. Photographs of the mountains in and near Knoydart, a peninsula in Lochaber and also known as “Britains last wilderness”  can also be found in the gallery.