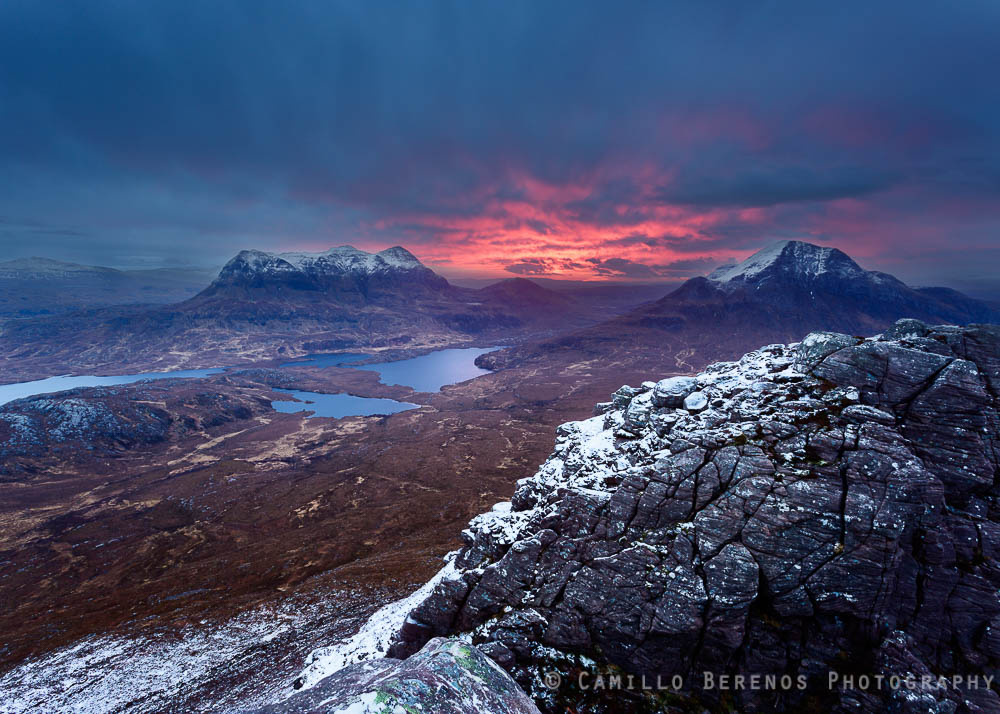 The far North of Scotland (Coigach, Inverpolly and Assynt) doesn’t have mountains of the same size as further south, but they are in no way less impressive. The wonderfully shaped mountains rise steeply and abruptly from the vast expanses of moorland and are a photographer’s delight.