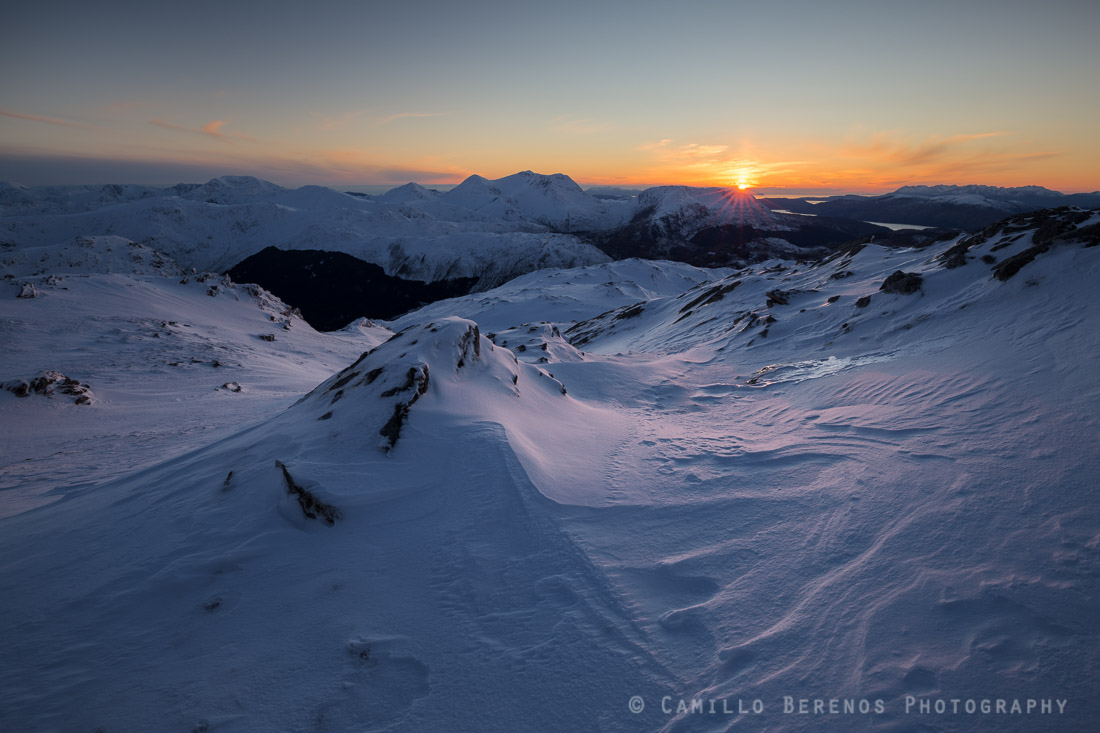 The region of Kintail is characterised by its steep mountain ridges and often narrow glens, and it offers much delight to keen hikers and mountaineers. Travelling from Loch Cluanie towards the Isle of Skye, with the South Shiel ridge on one side, and the Five Sisters of Kintail on the other, is textbook roadtrip material, and the scenery gets even better higher up.