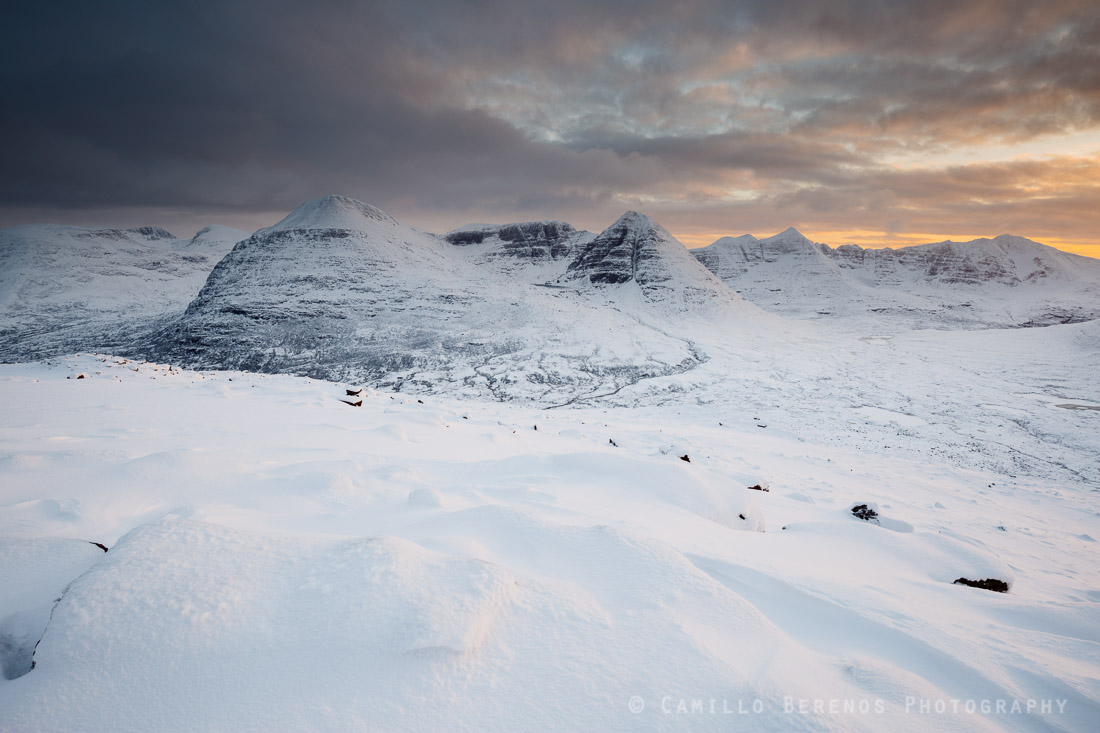 Wester Ross is home to some of the most rugged and remote mountains found anywhere in the Scottish Highlands. From the famous iconically shaped Beinn Alligin and Beinn Eighe, to more obscure summits such as Maol-chean dearg, the variety in landscapes is stunning. In this gallery you can find photographs taken in and from the mountains of this region, such as those in Torridon, the Letterewe Forest and the Fisherfield Forest.