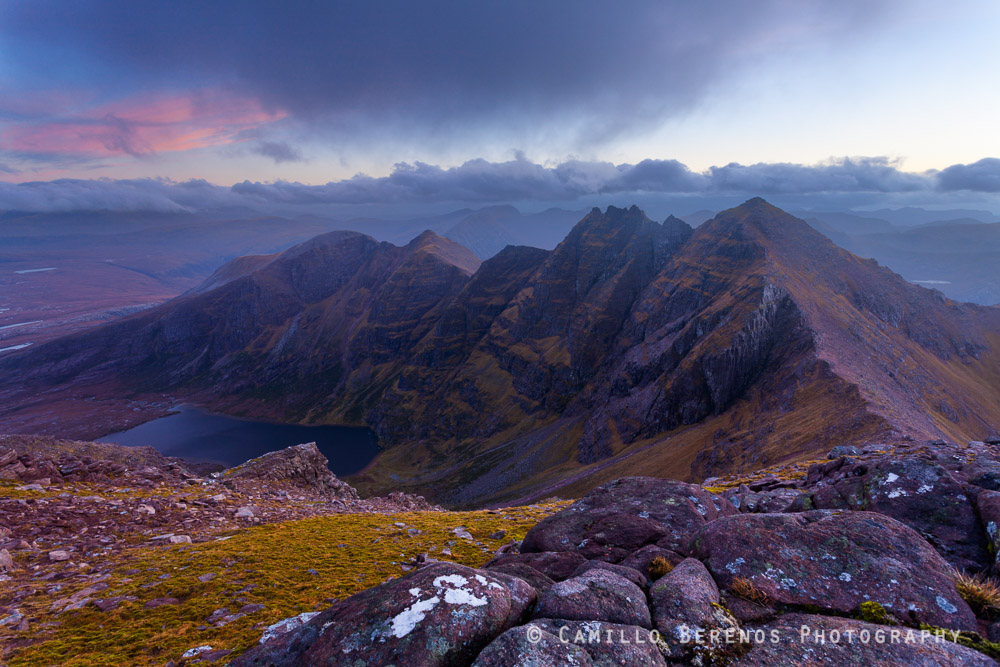 The photo which got shortlisted in SNPA is a photo I took while wild camping on An Teallach (see below). A report and photos from this trip can be found here. 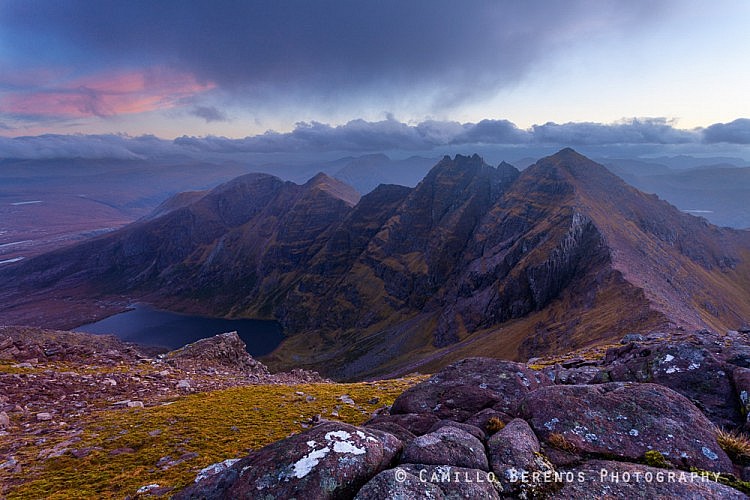 I would be lying if I said I didn’t have higher hopes for the contests where I was culled immediately. Nobody likes being rejected, and rejection is essentially confirming what we secretly fear: “I am probably not even half the photographer I think I am”. I would also be lying if I said that I didn’t feel that some of my entries were (at least) on par with photos that did get through. I questioned my choice of entries too, as like all other photographers on the planet I suppose, I’m often unable to judge my photos, let alone narrow down a portfolio of a couple of hundred photos to only a handful of entries. Additionally I was struggling with the common dilemma whether to enter photos of iconic places, or go for lesser photographed locations. I mostly chose for the latter, only to find out that it’s often still the iconic shots that get commended or awarded. I may try to find a better balance when entering this year’s photo contests.

However, I also realise that I’m still new to the game, and that I still have a lot to learn. I am nowhere near as technically capable as many, and I know that I haven’t developed a true personal vision or style which differentiates me (at least positively) from the many other aspiring photographers. Hence I think that being repeatedly shortlisted in itself is nothing to be ashamed of, and may suggest I’m on the right path. Meanwhile I’ll just be still honing my skills and spending as much time as possible in the outdoors, as that, and not chasing awards, is what turned me to landscape photography.

I hereby congratulate Johan Siggesson who won the overall award with a stunning photo of a puffin, Chris Stuart who won the Land category with an immense photo of a sunset from Beinn Eighe, and all the other awarded and shortlisted photographers!  I’m looking forward to seeing all the shortlisted photos in the book, which should be out this summer!

All the winning images can be found here.